The Krakow shopping centre has changed its name. This is a result of major modernization

The Krakow shopping centre has changed its name. This is a result of major modernization

It is no longer Centrum Handlowe Czyżyny, but Nowe Czyżyny. The centre, operating in Kraków since 2002, has just changed its name. However, it is not just an image change. The new name puts the crowning touch to many months of modernization works that one of the longest operating shopping centres in Kraków has been going through.

Only in the past few years the food court area and shopping arcades, where the floor was replaced, were modernized at Nowe Czyżyny. Moreover, along the avenue, modern recreation zones with bookcrossing libraries and a new playground for children were created.

Changes can also be seen in the surrounding areas. A special relaxation zone with wooden seats and sun loungers has been created in front of the building, and 60 pots with various plants, including bee-friendly plants, have been placed around the entire shopping centre.

The shopping centre has also changed its way of communication, implementing a new marketing strategy. The activities focus primarily on community relations, i.e. relations with the local community. This allows for the engagement in the events of not only local institutions but first of all the residents of Czyżyny and Nowa Huta.

This new stage is emphasised not only by the updated name, but also an entirely new visual identity. The existing logo is becoming a thing of the past. The new logo consists of a signet, a ring with the letter “N” written into it, which is a reference to the word “New” . The wave and colours in the signet draw a symbolic separation line between the centre’s past and its future. Next to the graphics the current name is entered.

The new identification was followed by a new website with a map of shops. This platform makes it easier for customers to browse offers and avail of promotions for example. The introduction of the new name is accompanied by a new creative line, emphasizing the recent changes and strongly emphasising the character of Nowe Czyżyny.

Greenpoint to Be a New Tenant at Czyżyny Centre 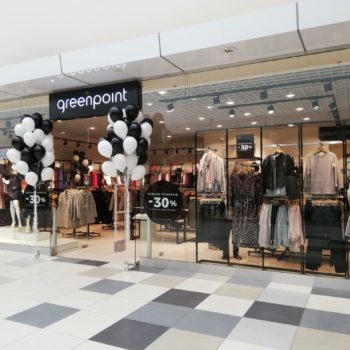 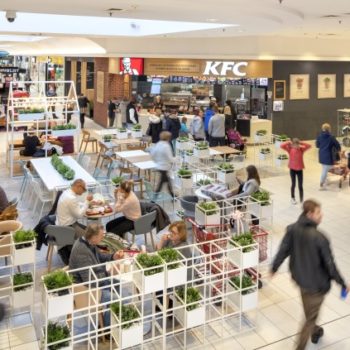