There is no shortage of changes in Newbridge. All three shopping centres have been undergoing thorough modernization for over a year. A new leasing strategy has also being implemented, as a result of which the tenant mix is being refreshed and expanded. Just in the first half of this year, all three centres have brought as many as 11 new lease agreements for a total area of nearly 2.1 thousand square metres, as well as 14 contract extensions for a total area of over 3.7 thousand square metres.

The centres’ offerings have been enriched with brands such as home&you, Orsay, Big Star, Pierre Cardin and Nakielny Cafe. Additionally, Kodano Optyk opened in Bielawy Shopping Centre, and it’s also present in CH Czyżyny. CH Bielawy has also been enriched with the opening of local brands: Bartkowscy confectionery and Maria Styl. In all the centres, the number of tenants with retail stands has also increased. Among the new tenants which have chosen this form of doing business in Newbridge centres, we can find, among others, IQOS, Semilac and Crazy Bubble.

But the new additions are not the only reason for the high turnover. A factor is also how the centres are changing their appearance. The floors in CH Bielawy and CH Czyżyny were replaced. New leisure zones and food courts were also added; there were also small architectural changes and the opening of bookcrossing libraries. In addition, an indoor playground was opened in CH Czyżyny as well as a chill out zone in front of the shopping centre.

The implementation of a new marketing strategy in all three Newbridge centres also contributed to the results in the first half. This was based primarily on the initiation of events as well as community relations and CSR activities.

The culmination of implementing these changes in Newbridge is to refresh the logos of all three centres as well giving them new names. The centres will have a consistent visual communication, which will help Newbridge Poland’s investments be more recognizable. 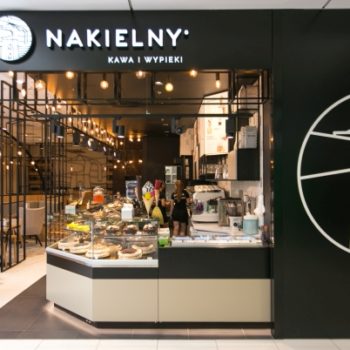