The strong May opening after lockdown, which was recorded by Newbridge centres, paid off in June. By the end of the month, up to 95% of customers returned to the centres! On individual days, there was also more customers than in 2019.

Most customers returned to the Nowe Czyżyny shopping centre in Krakow. Here, the average fooftall in June, year on year, was close to 90%. For comparison, in May, year on year, it averaged 80% and was twice as high as analysts’ forecasts at the end of April.

June also brought several other positive signals. In the third week of footfall, year on year, it reached as much as 95%. In the last week of last month it reached the 91%.

At the same time, according to data published by Polish Council of Shopping Centers, the market was struggling to exceed the 80% threshold. It is worth noting that these results are not only much better than those recorded in small and medium-sized shopping centers, but also in large, well-known galleries.

But the movement is growing not only in Nowe Czyżyny, but also in Nowe Bielawy in Toruń. Compared to last year in June this year, the Toruń center was visited by over 88% of customers. This is an increase of over 8 percentage points compared to May. Nowa Górna in Łódź is also recovering customers. In May, nearly 80% of customers returned here for shopping, in June over 84%.

Several factors are decisive for the good performance of Newbridge centres today. First, the neighborhood nature of the facilities and the convenience format. Secondly, the offer is fully available to the customer. Third, active marketing. In two months, two large campaigns were implemented – image and sales promotion. Customers also received support from the centres, which distributed 15 thousand masks, as well as local hospitals for which collection were organized in the centres. 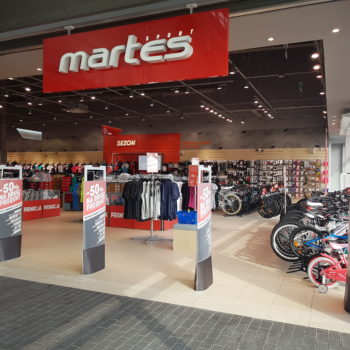